Absolu : the Absolute or “Absolu” in French is the signature of perfection which knows no concession. In perfumery "One Absolute" is the ultimate concentrate, the noblest expression of fragrant essences

Absolument : this term extends this quest for the absolute by a determination to achieve perfection.

Parfumeur : perfume is our passion and our only metier.

Aix en Provence : This profession is at the heart of Provence, a true paradise for the creator of perfumes, that we exercise it. We draw inspiration from an authentic terroir but also the noblest absolutes that make up our perfumed creations. (See the book: rare perfumes of Provence and Riviera with Equinox editions).

Our talent is to create new fragrant emotions with the absolutes we have found in this field of Provençal art craftsmen (farmers, distillers ...). Rare perfumes to offer YOUR olfactory signature.

The perfume made in Aix en Provence

It is in the mountains of Aix en Provence, in this magic land of Provence so rich in wonderful aromas that we produce our perfumes. This is where we get our inspiration, practice our craft, and dream. 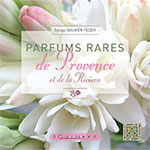 Rediscovering the unique artistry of ancient perfume masters, and faithfully following the methods passed down from generation to generation, we are once again producing flavours, accords and sensations that were thought to be lost. Each plant is dried, infused for a long time in a superfine alcohol, and then is gently pressed. This draws out the inherent essence of the plants, which our distiller mixes according to his secret formulas.

A man of passion

is to create exceptional perfumes with a dream: find the sublime perfume, the one that transcends all the others. 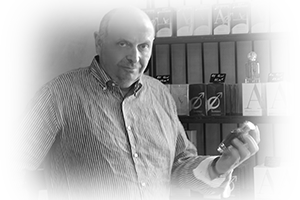 Pascal ROLLAND, founder of the Liquoristerie de Provence, is the visionary behind the return of Absinthe liquor. He launched Versinthe Absinthe in 1999, ending a century-old ban of absinthe started in France in 1915 . Always looking for new outlets of self-expression, Pascal stretched his creative wings and in 2005 produced the first perfume with absinthe, Absolument absinthe, making him the first liquor-maker perfumer.

Banned for 85 years, absinthe would be revived in 1999 by Pascal Rolland with his enterprising production of "Versinthe", an absinthe which has since been internationally prized. An aromatic treasure , during its distillation the powerful and exhilarating scent of the absinthe plant would overpower his cellars. From daily contact with these alluring aromas, an idea took form.

A famous master perfumer from Grasse seasoned in the practice of cold extraction, heat concentration and alambic distillation was able to obtain a pure essence of the absinthe plant. Finally, a suggestion came from a perfumer friend in Grasse: add the essence of cannabis !

It resulted in a captivating and immediate alchemy. The chemistry was undeniable; it was as if the fragrances of absinthe and cannabis had always belonged together. The success was immediate and after numerous demands from relatives and friends Pascal Rolland decides to bring this secret alchemy to the public and share the forbidden perfume: